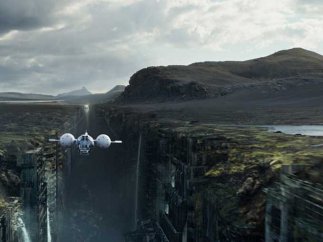 I just recently experienced the visually stunning motion pictureOblivion in an IMAX theatre and I highly recommend it. Directed by Joseph Kosinski (based on his graphic novel), this SF action thriller is worth seeing on the big screen. It takes place in a devastated NYC (no longer recognizable as a vast lonely landscape of buried skyscrapers and dried up rivers). It’s 2077, sixty years after aliens invaded and destroyed the moon and much of the planet as consequence. This film is LARGE. Kosinki’s spectacular imagery and M83’s other-wordly and evocative score must be seen large.

Technician Jack Harper (Cruise) and Victoria Olsen (Andrea Riseborough) are assigned to mop up the remaining resource extraction of a “fallen” Earth, before they join what’s left of the human race, who have settled on Titan, Jupiter’s moon. Victoria oversees operations and communicates with mission commander Sally (Melissa Leo) in the Tet (a large space station orbiting Earth) from the 3,000-foot high Sky Tower, a posh high-tech home/work station where she and Jack live. Meantime, Jack risks his life daily, servicing the droids that chase after “scavs” (remnant aliens), who keep sabotaging the giant resource harvesters.

Jack and Victoria have been stationed there for five years and are due to leave in two weeks. Faced with the prospect of leaving Earth, Jack grows maudlin for humanity’s home. Without disclosing to Victoria or Sally, he’s been collecting Earth memorabilia (e.g., baseball cap, toys, sunglasses, books); It doesn’t help matters that he is haunted by dreams of living in pre-war NYC with another woman (Olga Kurylenko).

Every day Jack leaves his ultra clean and tidy Sky Tower home and descends to Earth’s gritty and dangerous landscape. On some level, he thrills in the place, finding a strong connection between its vast and lonely landscape and his own identity. Jack is a man in search of an identity; he was ‘mindwiped’, after all (to keep the scavs from getting important intel if he was ever captured). Jack desperately summons shadows of memories and collects Earth memorabilia every chance he gets. “Is it possible to miss a place you’ve never been, to mourn a time you’ve never lived?” he reflects. When he finally learns what he truly is and the heinous role he (and those like him) unknowingly played in the near-destruction of humanity, Jack does the only thing he can; he sacrifices himself to save what’s left of humanity and those he loves: “If we have souls, they’re made of the love we share. Undimmed by time, unbound by death.”

Showatcher.com calls Oblivion“a slick 21st century science fiction pulp actioner” with genuinely amazing CGI and action set pieces. Showatcher adds that “it was refreshing to witness a film that, though it did not break new ground, held the attention of a jaded sci-fi audience.” A large part of its attention appeal lies in its “techno-bass” musical score composed by Joseph Trapanese and Anthony Gonzalez with M83 (a French electronic/shoegaze band named after the spiral galaxy Messier 83). They elegantly orchestrated a score that was locked in step with the narrative imagery of Claudio Miranda in a viscerally synchronized life-pulse. The score surges and ebbs like an intelligent sea; at times assaulting the senses with an open-throated tsunami of crushing sound; at others a throbbing caress of longing nuance.

Many reviewers (see the litany on Rotten Tomatoes) have trashed the film for various reasons, from plot holes and appropriation, mismanagement of suspense, to it being a Tom Cruise film. Peter Bradshaw of The Guardian calls Oblivion “bafflingly solemn, lugubrious and fantastically derivative sci-fi, which serves up great big undigested lumps of Total Recall, AI, Planet of the Apes–with little snippets of Top Gun.”

Roy Klabin of Policymic is less kind: “Unfortunately, I got to see an early preview and doubt it will satisfy even the most dim-witted of audiences…the film’s unsubtle commentary on our own use of robotics in warfare is lackluster and anticlimactic…the weak story is sprinkled with a heavy dosing of famous actors [with] wooden-faced expressionless performances.”

David Dizon of ABS-CBN News calls Oblivion “an idea-movie, except the idea seems like a rehash of ideas from other, much better sci-fi flicks.” He and others cite Mad Max, Moon, 2001: A Space Odyssey, Halo, Matrix, and Star Wars Episode 1 as examples. Dizon calls Oblivion “a pretty movie served cold.” He claimed that the movie’s sin wasn’t in the “idea” department, but in the way it was executed.

I couldn’t disagree more on all counts.

Oblivion is not a “pretty movie” and certainly not served cold. Vast. Beautiful. Eerie. Elegant. Visceral. Memorable. I also saw many similarities with the various films Dizon and others mentioned (I would include Bladerunner and Solaris in the mix). But here’s the thing: science fiction is the literature of “the large”. SF metaphorically explores our evolution, the meaning of our existence and our place in the universe through premise and idea. It is not surprising that viewers will see similarities with other films in Kosinski’s meditation on the nature of the soul, identity, self-actualization, love and community.

Several reviewers suggest that the film flirts with such big questions” yet makes no effort to fully answer them. Showatcher adds, “Where the film falls short is not in its visual styles; and its pacing can be forgiven in that it actually builds to a satisfying conclusion. The film falters with its need to include cliched action set-ups… the film addresses some very interesting questions of the human soul, religion, and the meditation of loneliness; however, it never takes it as far as it could. Instead we are left with a slick visual style and action scenes.”

Good art always asks the big questions; unlike propaganda and polemic, good art also lets the viewers answer those big questions for themselves. This concept is not as palatable to North America’s multiplex crowd, eager for easily accessed answers.

Some movies are like appetizers or snacks. Others, like Kosinki’s Oblivion, returns the film experience to a full meal, engaging all one’s senses and where sound (its own character) marries with setting and actors to create an epic and heart-thrilling experience. Like many things in life, and certainly in good art, the most potent aspect of communication lies in the often subtle and oblique non-verbal narrative. Good art “shows more than it “tells”.

For those receptive to his art, Kosinski–like Kubrick in 2001: A Space Odyssey and Soderbergh in Solaris–lets the imagery and score express a sensual dance that invokes both mind and heart.

In the final analysis, Oblivion is a simple film dressed elegantly. Oblivion goes beyond surface plot constructs and intellectual proselytizing; it dives deep into thematic representation to pose questions on identity, love, community, and the meaning of “home”. Rather than offer up a platter-full of rhetoric, Kosinsky keeps the narrative slim; instead, he provides us with a multi-filigreed tapestry of sensual possibility.

After making the startling discovery of who and what he is, Jack transcends his “mind wipe” and remembers what is worth remembering. In a final scene, Jack tells Sally why he is doing what he must do, even though it means his certain death. He quotes from an old book that he’d picked up earlier in the movie (Lays of Ancient Rome narrated by Centurian Horatius): “to every man upon this earth death cometh soon or late. And how can a man die better than facing fearful odds, for the ashes of his fathers, and the temples of his Gods.”

Ben Kendrick of “Screenrant” summarizes what lies at the core of the film: “Oblivion could have easily been a convoluted and indulgent movie-going experience; instead, the film keeps a restrained focus on Jack’s character journey—which, thankfully, is an “effective team” of drama and post-apocalyptic adventure.”

Do me a favor; when you go into the theatre to watch this film, park your intellectual self at the door and bring all your senses with you. This film needs to be FELT. Prepare to participate.

Nina Munteanu is an ecologist and internationally published author of award-nominated speculative novels, short stories and non-fiction. She is co-editor of Europa SF and currently teaches writing courses at George Brown College and the University of Toronto. Visit www.ninamunteanu.ca for the latest on her books. 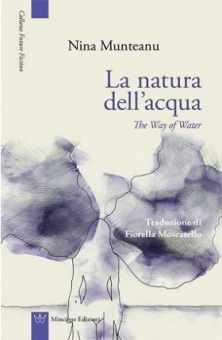 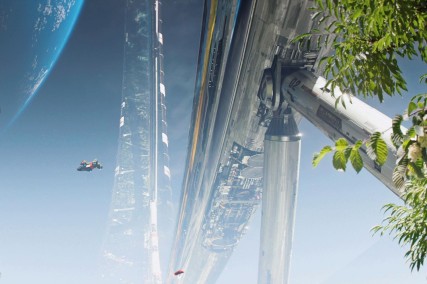 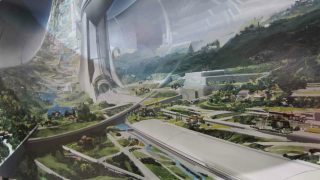 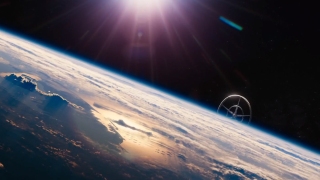 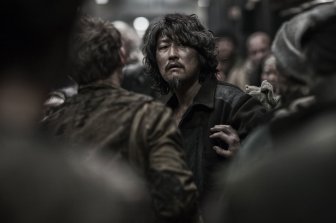 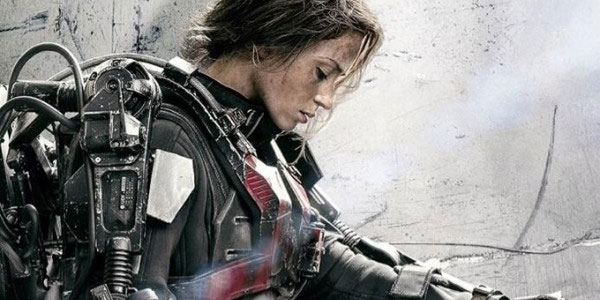 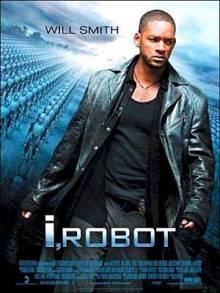 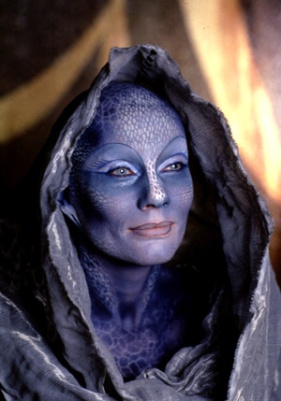 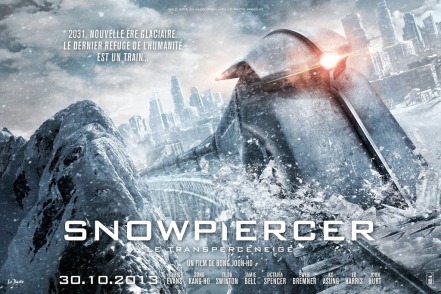 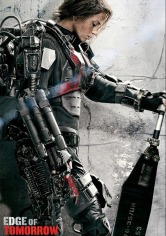 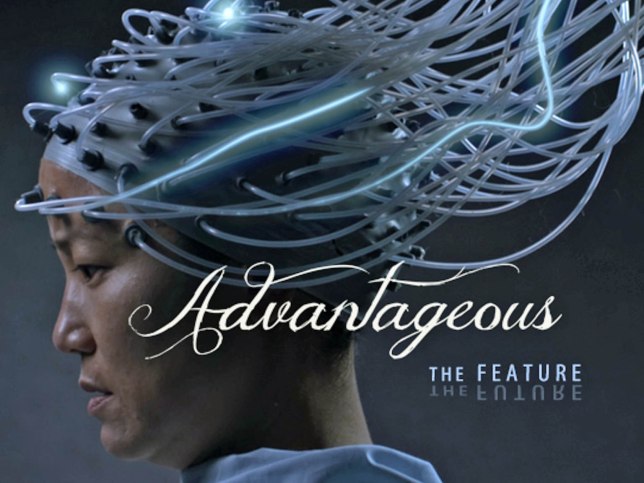 The Future of Books…

Just over five years ago I read a survey by bestselling author Marie Force who revealed some interesting trends about what American readers like, what format they prefer and where they find their writers. While the survey was fairly small and restricted to Americans (just under 3,000 people responded to 44 questions), I think it […]

Nina Munteanu Talks About ‘Water Is…’ and ‘A Diary in the Age of Water’ with Dr. Steven Miletto

I was recently interviewed by Dr. Steven Miletto in Georgia on his podcast “Teaching Learning Leading K12”—Episode 401. We talked about my two recent books on water,Water Is…and A Diary in the Age of Water. The 1-hour interview covered a range of topics from why water makes us feel so good, to the study of limnology, […]

On Writing: The Gestalt Nature of Passion & Success

What is to give light must endure burning —Victor Frankl Says Keyes: “Any writing lays the writer open to judgment about the quality of his work and thought,” writes Ralph Keyes, author of The Courage to Write. “The closer [the writer] gets to painful personal truths, the more fear mounts—not just about what he might […]

Anachronisms and Ambiguity in Spec-Fic: “Dreams of the Moon”, a guest post by Lorina Stephens 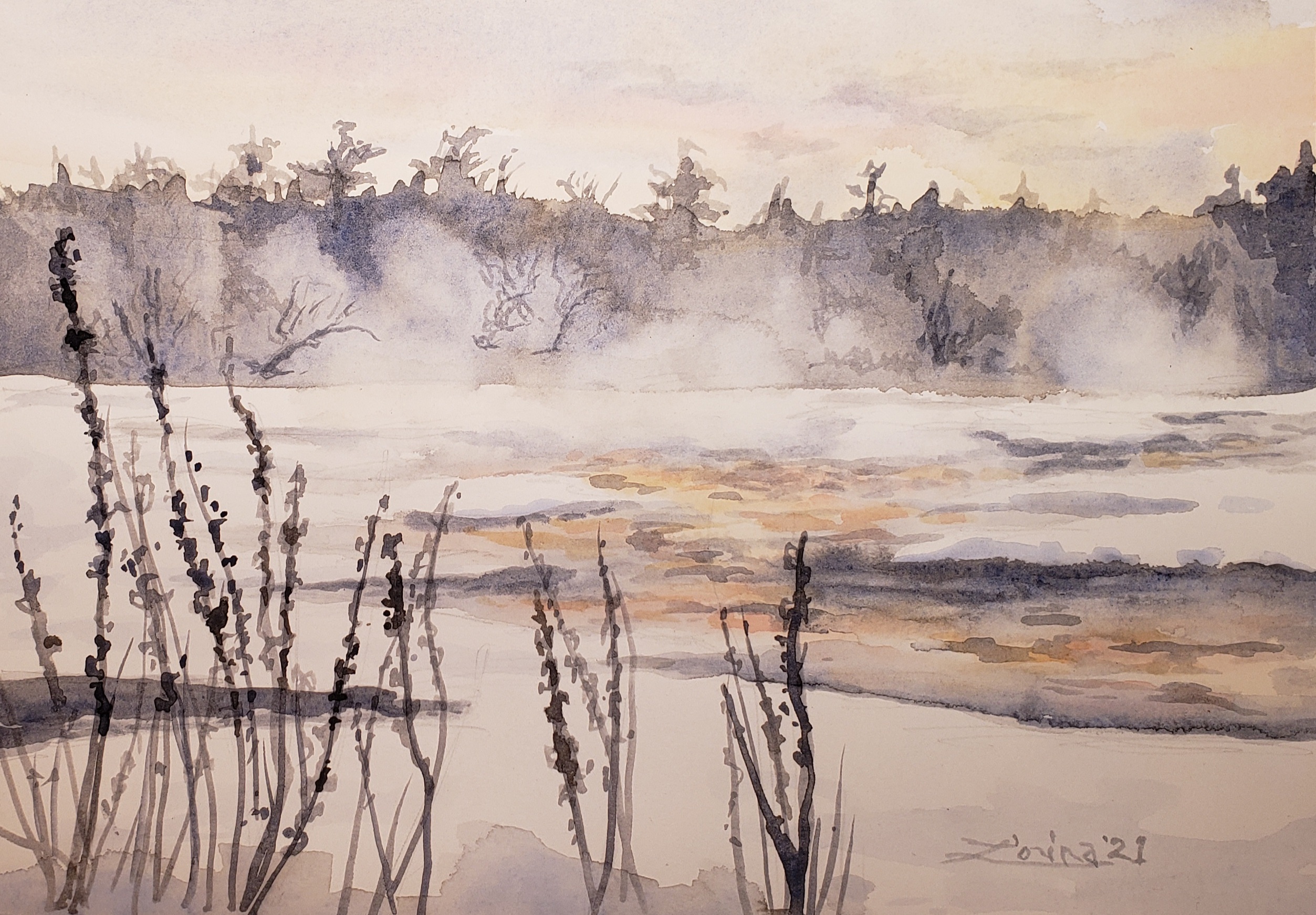 I first met Lorina Stephens some years back when I joined SF Canada, the organization of Canadian professional science fiction, fantasy and horror writers and publishers. Lorina was already the publisher of Five Rivers Publishing, a highly successful small book publishing house out of Neustadt, Ontario. What I didn’t know at the time was that she is also […]

The Aroma of Story

One of my favourite smells is of pipe tobacco smoke.  But here’s the thing:  I’m really not a fan of smoking. Both my parents were chain smokers (who wasn’t back then?) and I quickly discovered that cigarette butts carried thousands of ugly toxins and lasted years on the ground. In the one rebellious occasion that I […]